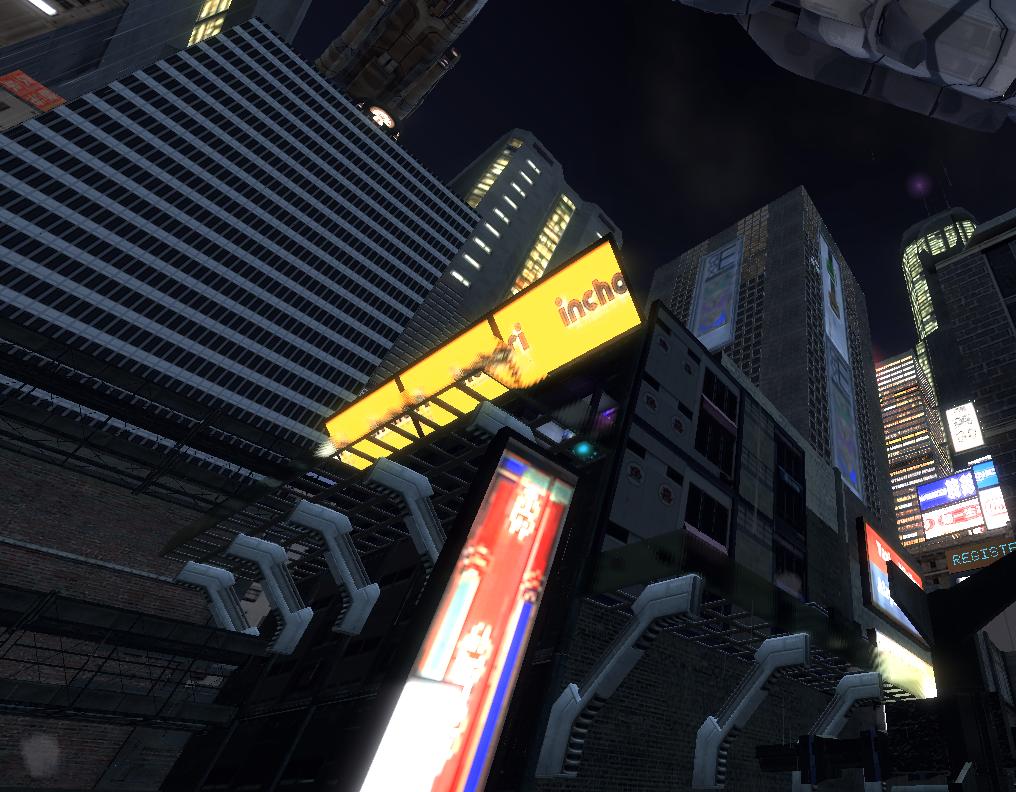 The Rina Center was originally designed in Winter of 2075 to serve as a convention center - specifically in order to attract new money to the Pacific States of Cascadia. Centered right in the middle of the BizMetro district, it was meant to be a shining beacon of the latest and greatest in startups to showcase their unique tech to Cascadia, and interest buyers, and investors.

That didn't go quit as planned - and as the demand for the new tech, in terms of augmentations and weaponry arose, with the often lawlessness of the PSC, all of the money pretty much centered around MegaCorps that, while not necessarily based in Cascadia, now base their operations out of satellite offices, in the many Sprawls, and subdistricts thereof.

That being said, the Rina center has turned from a beacon of fair-play open-market economics, to a central planning OfficePlex for the MegaCorps that largely control the economy in the entire country. No new blood gets in, no old blood gets out without paying what they owe to the shady corpo-fixers, and battalions of Corpo-Cops.

From here, they centrally plan the economy based around artificial inflation of their goods, and availability. It's a monolith dedicated to price-gouging - always working in their favor.

The Rina Center itself is slightly odd in terms of it's architecture. it sports 8 floors, with the 1st acting as a lobby - however, the central shaft that runs through the middle of all of the other floors acts as a conduit into the floors, from various places located around the BizMetro district - all shaped to seem like a normal elevator shaft, there isn't actually a normal entrance into these floors, from the lobby, except for the second floor.