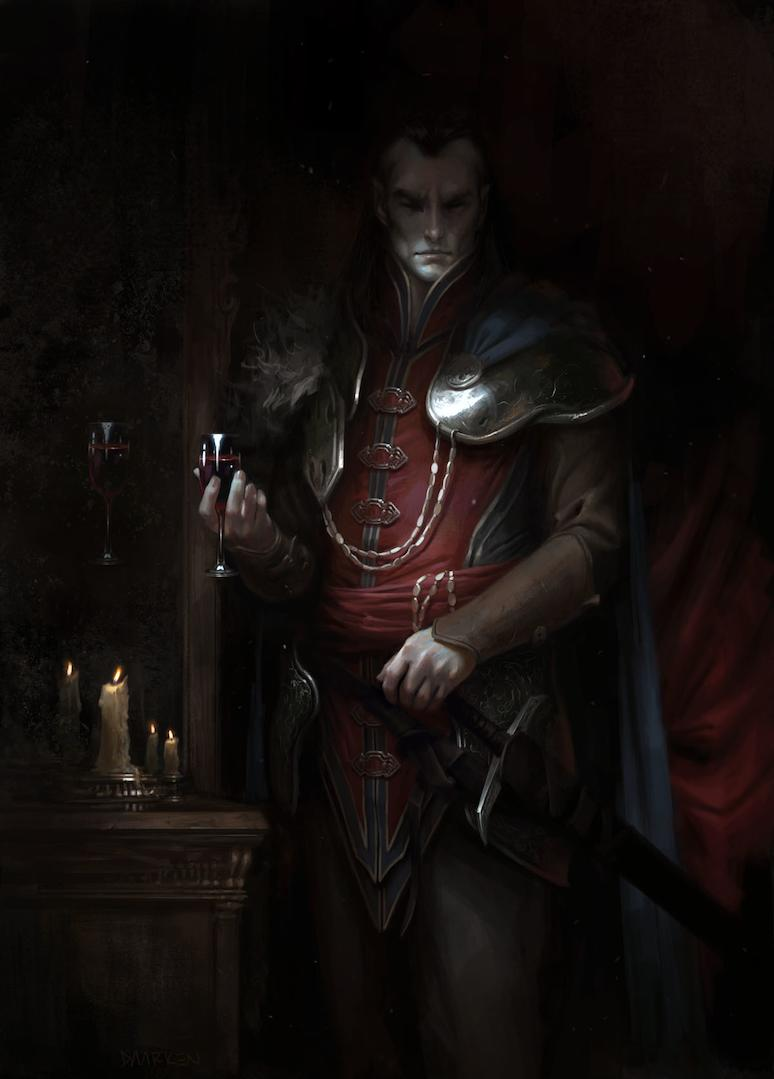 ​
No one knows precisely how Vampires first appeared, their tale is as old as time though some scholars suggest it was a curse put upon mortals by Nephilia. Nevertheless they stalk city streets at night and prey upon the unwary.

Any mortal being is susceptible to the disease, able to be infected from the bite from any Vampire. There is a cure for Vampirism however the ingredients for such a cure are rare and difficult to come by, with the curation process known to be very painful for the afflicted person.

Vampires will notice they no longer crave the simple foods and drink from when they were once mortals, with mortal blood being the only thing to satisfy their eternal thirst. A Vampire must feed at least once every two days or they risk death. Vampires are able to infect their victim during feeding if they so choose, it is a voluntary action. The Sun is a monumental obstacle for Vampires, as sunlight will begin burning their flesh upon direct contact, prolonged exposure will lead to a quick death.

These creatures can be slain just like any other mortal along the land. Swords, axes, spears, maces and magic harm them just like it would anyone else.

There are some perks to the disease however. During the night Vampires obtain bonuses to stealth. They blend more naturally to the shadows and their footsteps are lighter than they were before. Additionally they have improved vision in the dark, able to see clearly in near total darkness.

Three major clans of Vampires exist across the lands that are able to trace their lineage back at least a thousand years. Being a member of a Vampire clan either means being born into the clan or being infected by a member of said clan. 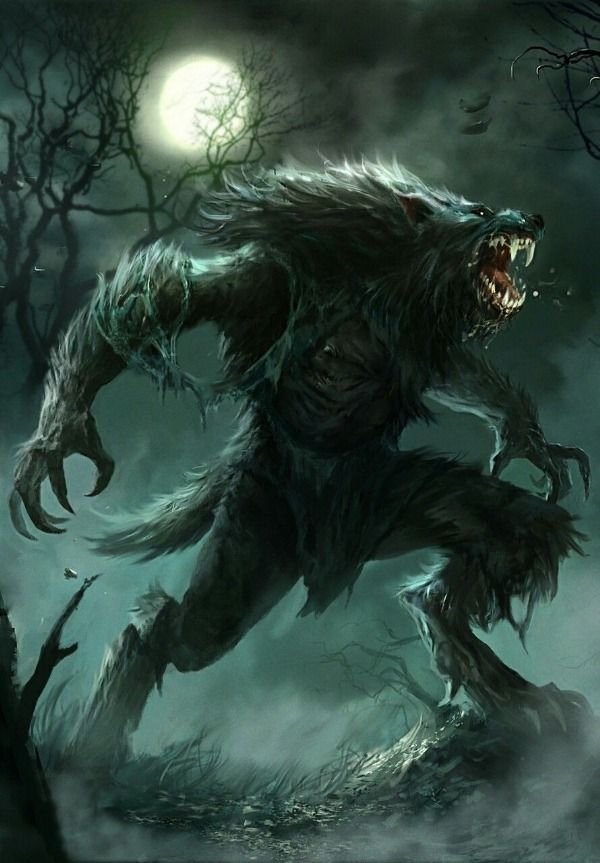 Lycanthropy, the official name for the disease that creates werewolves, was created thousands of years ago by the witch known as Cerulia. She wished to create her own personal army of unstoppable beastmen, and in doing so created the first werewolves. Though they did not hold loyalty to Cerulia, and promptly tore her to pieces before spreading across the world.

Any mortal creature can become a werewolf, even among Tierfolk and Dracon, which produces quite bizarre results. Those afflicted with Lycanthropy can transform to their werewolf form at will with the transition being extremely painful. This form resembles a large bipedal wolf with opposable thumbs and large claws. Additionally under the light of a full moon, anyone afflicted with lycanthropy will turn into their werewolf form against their will for the duration of the night. Under a full moon a lesser werewolf loses control of themself, going rabid in a frenzy to consume flesh.

Silver is an effective repellent for werewolves. The rare metal causes an innate irrational fear in werewolves within its presence. Upon touch it will burn their skin and flesh, silver coated weapons are quite common amongst werewolf hunters.

Lycanthropy can be spread from the bite of a werewolf voluntarily. The cure for the disease is, much like with Vampirism, difficult to procure as the ingredients and preparation are rather unique and specific.


Lesser Werewolf - The most common werewolf encountered. Common werewolves are new to their affliction and are not as accustomed to their curse as others, though they are not to be underestimated. They are easy to tell due to the brown coloration of their fur. When on their hind legs they typically stand at the same height of an average human man.

Alpha Werewolf - Legendary beasts white snow white fur and luminous red eyes. Alpha werewolves should be avoided at all costs and only engaged if absolutely necessary. Alphas have unrivaled authority in their territory and are the most ferocious type of werewolf in the land. They stand at about eight and a half feet tall with their strength and speed rumored to be twice as much as a greater werewolf, four times the scale of a lesser werewolf.
V 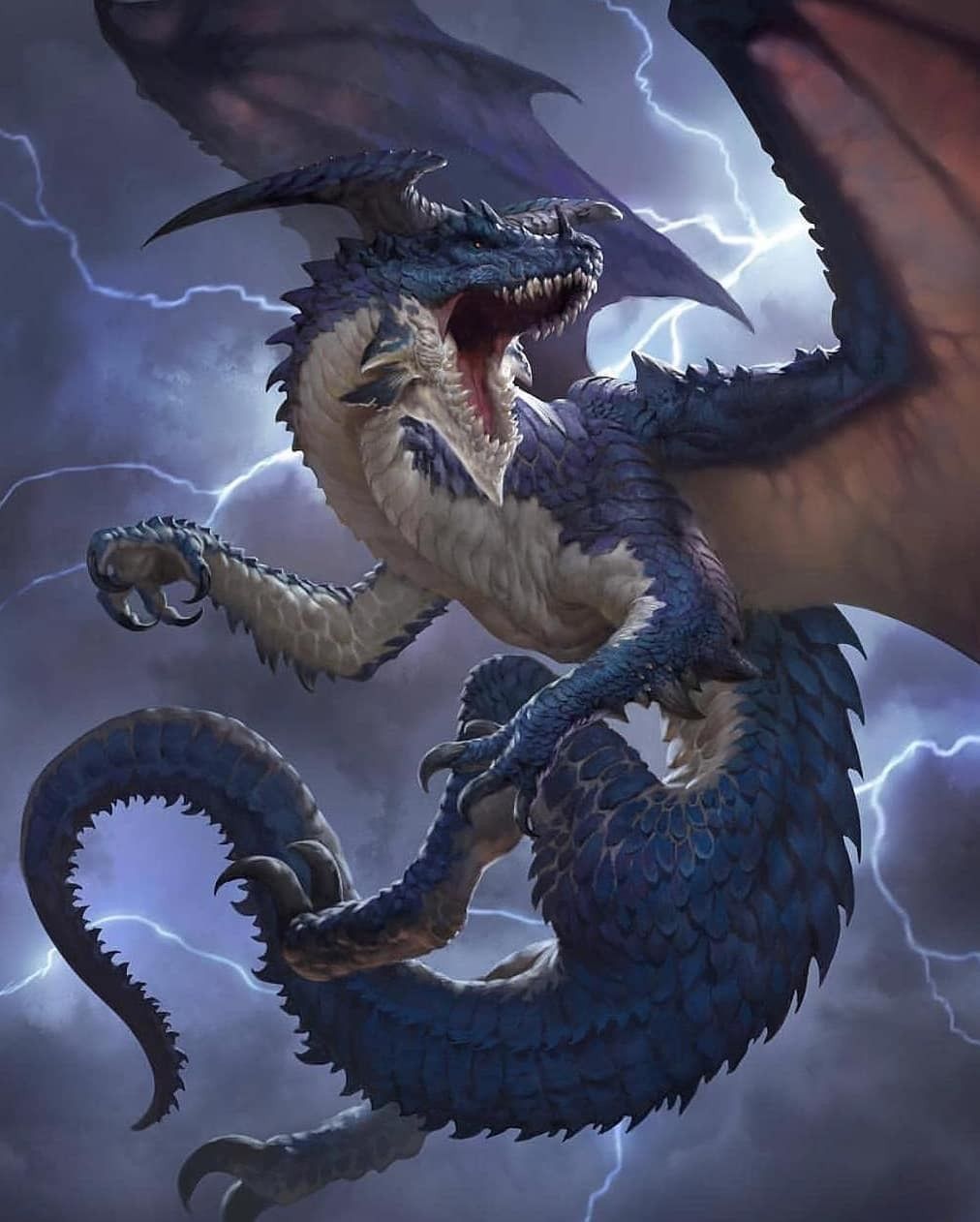 ​
Dragons are said to be the first creatures upon Onoth to manipulate magic, as well as being the ones who taught mortals this complex art. The first mortals to learn from the dragons were the ancient high elves, who became the first wizards and mages. Dragons are quite numerous and are not bound by political borders or concerned with mortal conflicts. They inhabit all corners of the world from scorching hot deserts and even to the deep dark depths of the sea.

Being isolationists, Dragons live mostly secluded lives in their respective territories. Some will accept the worship of mortals and allow them to build monasteries where they reign with their worshippers being known simply as “Dragon Knights.” Usually Dragons demonstrate a rather large ego, demanding respect from ‘lesser beings’ as they call them which includes mortals. So long as you bow in their presence, watch your tone, and act with humility you will remain within their good graces.

They are intelligent and immortal - aging for eternity and continuously growing more powerful the older they become. A dragon’s physical body can be destroyed, releasing the being’s soul into what is known as The Astral Sea. This is a realm within the Void itself where dragon souls originated, created by Arnous. Once here, the soul is reincarnated and the dragon is born again. There is a strange phenomenon with this reincarnation process, that being dragon souls retain the knowledge and experience of their past lives, the memory slowly flooding in once the dragon has matured.

Dragons take anywhere from eighty to a hundred years to mature, and it is common for younger dragons to sometimes be referred to as Drakes.